What a summer it has been so far!  Loads going on around here.  Work has been keeping me extraordinarily busy with lots of travel and meetings.  We've also had the kids and grandkids cycling through for a good visit.  In fact, we took the little folks down to Legoland near San Diego, and then up to Sequoia National Park (we even saw a bear!).  I've also been spending as much time as possible with my very elderly parents south of Tucson, Arizona.  Unfortunately, my mother was just recently diagnosed with amyotrophic lateral sclerosis (also known as 'Lou Gehrig's Disease), and this has obviously very much complicated the living arrangements for my parents who have prided themselves on their independent lifestyle.  So, for now it is one day at a time, and just enjoy each and every one of those days! 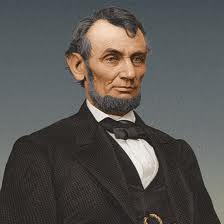 As you can see, while I haven't been perhaps as conscientious as I should be in keeping up with my blog postings, I have been reading a lot of really great stuff of late.  At least no one can accuse me of being permanently stuck in one genre or another.  I have always been what I consider to be a fairly eclectic reader, and dip into all sorts of literary subjects. Anyway, of late I've been re-exploring my interest in the American Civil War, and trying to read a lot of the books that have come out over the past twenty years or so since the last time I really dove into it.  I am thrilled to find that there are a lot of really superb battle and campaign monographs that have been written, as well as some really top-shelf biographies (ain't Amazon.com just the best!).  For example, I've had Doris Kearns Goodwin's book, Team of Rivals: The Political Genius of Abraham Lincoln sitting on my to-be-read bookshelf ever since it was published.  Well, it is finally going to be read and reviewed here later this summer.  Finally, it somehow just seems kind of timely and appropriate to be once again exploring the Civil War (1861-1865) as it is the sesquicentennial period right now, and on July 1-3 next year is actually the 150th anniversary of the Battle of Gettysburg.  I hope that some of you enjoy some of the reviews and related scribblings that I will be posting over the next few weeks.

I hope all of you are well, and enjoying a wonderful summer (and staying cool)!

Posted by Christopher at 2:04 PM

Email ThisBlogThis!Share to TwitterShare to FacebookShare to Pinterest
Labels: my summer 2012, this-and-that, what I'm reading