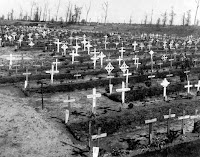 On July 28, 2014, it will have been exactly one-hundred years since the beginning of the First World War.  This great war--"The War to End All Wars"--ended on the 'eleventh hour of the eleventh day of the eleventh month' of 1918, and of the 70 million combatants involved in the four years of conflict, more than 9 million were killed!  My grandfather, a young U.S. Army officer, served with General Pershing's army in France in 1918, and I can remember him telling me stories about watching aerial dogfights between German and Allied airplanes.  He didn't talk much about any of the on-the-ground fighting that he experienced though.  I served in the United States Coast Guard from 1973 through 1977, and my oldest stepson is currently a Sergeant First-Class in the United States Army, and has done tours of duty in both Iraq and Afghanistan.  On this Veteran's Day, I ask you to remember the millions who've served their country, and especially those who've paid the ultimate price.  In turn, I salute and honor your family members and friends who have served, or are now serving our country in our nation's armed forces.

Great Britain paid a particularly high price during the First World War.  Virtually an entire generation of young Englishmen were killed, maimed, or were psychologically damaged during the four years of that horrific great war.  Many young British writers and poets were among those who enlisted and served their country, and many did not return.  For example, Hector Hugh Munro, better known as the author, 'Saki', an acknowledged master of the short story genre, was killed in action on November 13, 1916, during the Battle of the Somme.  Another young British officer, Charles Sorley, was killed in action at the Battle of Loos, in France, on October 13, 1915.  Found among Sorley's personal possessions following his death was the following poem that he had written--


When you see millions of the mouthless dead'
When you see millions of the mouthless dead
Across your dreams in pale battalions go,
Say not soft things as other men have said,
That you'll remember. For you need not so.
Give them not praise. For, deaf, how should they know
It is not curses heaped on each gashed head?
Nor tears. Their blind eyes see not your tears flow.
Nor honour. It is easy to be dead.
Say only this, 'They are dead.' Then add thereto,
'Yet many a better one has died before.'
Then, scanning all the o'ercrowded mass, should you
Perceive one face that you loved heretofore,
It is a spook. None wears the face you knew.
Great death has made all his for evermore.

Poignant to the point of being almost painful and hauntingly beautiful, this sonnet seems to me to be written in Homeric style.  Toward this end, have another look at the poem's Line 10--'Yet many a better one has died before.'  This is a direct allusion to a line in Book 21 of Homer's The Iliad when Priam's son, Lycaon, begs Achilles for mercy on the battlefield, and Achilles replies, Even Patroclus died, a far, far better man than you (Translation by Robert Fagles, Book 21, Line 120).

Charles Sorley may have been brutally killed on the battlefield, but his words live on in his eloquent poem, and his poem makes us recall all of those killed on the field of battle over the ages--even back as far 4,000 years to Homer's descriptions of the combat deaths of Patroclus and the young Trojan Prince, Lycaon.

Posted by Christopher at 8:44 PM