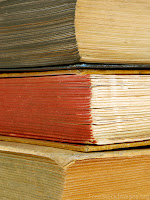 It seems that the book-blogosphere is all abuzz right now with everyone writing about their upcoming reading challenges for 2012.  This is truly a wonderful thing, as I am seeing a lot of folks making commitments to read some really great stuff.  I think that challenges can be a very intelligent way of providing a reader with the incentive and motivation to tackle a book, or books, that one might normally shy away from, for whatever reason.  I also think that these challenges are a great example of the role book-blogging plays in the on-line world of social media.  For example, I love paying attention to the books that many of my fellow bloggers are reading and reviewing.  Frankly, it has been through my experiences with my own blog, and all of the blogs that I follow, that I have not only greatly expanded my own reading horizons, but made some wonderful new friends.  So, toward the end of 'expanding my reading horizons', I have been giving a lot of thought to what is going to be included on my "2012 To-Be-Read" list.  Please bear in mind that this list is in a state of flux, and that there will likely be some additions or subtractions, but here's what I've come up with so far-- 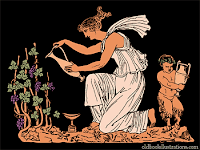 American Literature
The Life of Emily Dickinson, Richard B. Sewall, 1976.
Leaves of Grass, Walt Whitman.
Moby-Dick, or, The Whale, Herman Melville.
The Reef, Edith Wharton.
The Naked and the Dead, Norman Mailer.

So, there it is, my initial thoughts on my proposed reading list for 2012.  I have already signed up for two reading challenges that I think will help me stay focused and on-track with my readings goals.  The first is the Back to the Classics Challenge--2012 hosted by Sarah at Sarah Reads Too Much.  You can go here to read more about this challenge and my selections.  The second challenge I'm taking up during 2012 is hosted by Jean at Howling Frog Books and is the Greek Classics Challenge--2012, and you can read more about this challenge here.  Finally, given all of the Shakespeare that I am planning to read, I am going to formally join Risa at Breadcrumb Reads and her Reading Shakespeare--A Play a Month In 2012 challenge.

Along with my own continuing projects of featuring the poetry of Emily Dickinson and the sonnets of William Shakespeare, I am really excited about the reading I have ahead of me in 2012.  How about you?

Posted by Christopher at 3:23 PM