A couple of times a year I make a list in my journal.  I ask myself the following question--


"If I had to list my top-ten greatest works of literature of all time right now, what would they be?"

Obviously, this list morphs and changes over time as I continue to discover and read books that are new to me.  Interestingly enough though, there are a couple of stalwart hangers-on that have continued to occupy spots on my list.  So, what's on my list at this particular moment?  Well, here 'tis--

Okay, there's my list.  I'll even share a little 'blurb' about each book telling you why it made my list, and why I hope you'll pick it up and give it a go sometime yourself.

The Iliad--More than three-thousand years old, these sixteen-thousand lines of poetry lyrically tell the greatest story ever told; and, at the same time, it is also quite possibly the greatest anti-war testament to be found in the canon of the world's greatest literature.  Spell-binding and compelling from start-to-finish, this epic poem by the itinerant bard, Homer, is a 'must-read' for any serious reader.  I highly recommend the translations of Robert Fagles (1990), Robert Fitzgerald (1974), and Richmond Lattimore (1951).  I am reading a translation by Stanley Lombardo (1997) that completely lends itself to the oral tradition of Homer, as Lombardo has created an interpretation that is meant to be recited aloud and listened to.  I have Stephen Mitchell's brand-new translation sitting on the shelf waiting for me too.  Stay tuned!

The Oresteia--This trilogy of tragic plays by Aeschylus was first performed over 2,500 years ago in an outdoor amphitheater near Athens.  While it is something bordering on near-miraculous that it has survived nearly three millenia--the only surviving trilogy from antiquity--what is of even more import is what these plays say and what they document and may have set in motion for all of civilization.  These plays recount the grim and dark tragedy of the ancient Greek House of Atreus, and the shift from the "Code of Blood Vendetta, or Vengeance" to the "Rule of Law," introducing the new concept of a trial by jury and pronouncement of judgment and justice.  This is nothing short of monumental, and simply must be experienced.  I highly recommend the translations of The Oresteia by Robert Fagles (1977), Ted Hughes (1999), and Alan Shapiro and Peter Burian (2003), and while I've not yet read it, I hear that the translation by Peter Meineck (1997) is superb as well.

Beowulf--This was incredible!  Beowulf is an epic poem of nearly 3,200 lines that was first written down in old Anglo-Saxon--the 'Mother-Tongue' of English--about 1,300 years ago.  I have only read the Irish poet, Seamus Heaney's, translation (2000) and it is spare, sparse, and gritty, and is presented side-by-side with Anglo-Saxon original.  The plot of this elegiac poem was absolutely epic.  The horror of Grendel and his Dam was palpable; and the heroism of Beowulf and his spear-fellows timeless.  Finally, the ability to carefully study Heaney's translation, alliteration, and interpretation of the poem and then to be able to compare it to the old Anglo-Saxon bordered on surrealistic. 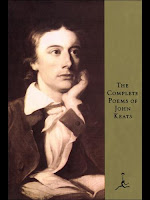 Complete Poems of John Keats--In my opinion, Keats was the "Bright Star" among all of the poets of the Ages.  I weep when I think of what the world lost when John Keats died of tuberculosis at the age of 26 on February 23, 1821, in Rome.  This poetic giant left humanity with a treasure of the likes of Hyperion, The Eve of St. Agnes, La Belle Dame sans Merci, Ode to Psyche, Ode on a Grecian Urn, Lamia, Endymion, and The Fall of Hyperion, and a significant number of other breathtakingly beautiful poems .  It somehow comforts me to imagine Keats, even now, scribbling away in poetic fervor, in the "western halls of gold" with Apollo, his voice joined with that of the nine Muses, and "We listen here on earth:/The dying tones that fill the air,/And charm the ear of evening fair."  Read Keats, and prepare to be left breathless, but, oh, ever so alive!


'This novel, this Villette, like an arrow fletched fair, flew true, oh so true, and pierced your beating heart; and from that mortal wound poured the secrets of your soul, your inner-most being; laid bare for all to see.  The incalculable loss of your older sisters, then Branwell, your dearest Emily, and finally quiet little Anne.  This towering testament to loneliness, to sorrow, swept me, your Reader, relentlessly through the unimagined torrent of your human emotions—your grief, your fears, your reserved passion, your quiet grace, steadfast loyalty, and your resolute strength and faith.

I felt guilty as I read, Miss Charlotte, looking over my shoulder at every pause; afraid that you should somehow find me picking the lock of your secret diary; spellbound as I turned the pages, one after the other, reading your most intimate, personal, and painful thoughts and the passionate feelings that poured forth onto the page. Intensely captivated by the dialog between your Passion and your Reason, the conversations between your Imagination and your Matter; but I read on. Until it simply became too much; I averted my eyes, and I wept.'

With each re-read, I find that this novel still affects me on a personal and an emotional level like no other work of fiction I've encountered to date.  Read Villette.

Middlemarch--At first blush, one has this sense of simply being immersed in a rather quiet and pastoral story, but there's really very much more going on here as one turns the pages.It is a story of rural England during the period of great reforms in politics, religion, agriculture, manufacturing, medicine, and even transportation.  Mostly though, it is the story of human beings, and what it means to be human.

This is a stately, sedate, sophisticated, and complexly elegant novel.  It really does demand the reader's full dedication and attention as it is read too, much like I found when I read her last novel Daniel Deronda.  Boy, was it ever worth the extra effort though.  When I finished reading this novel, for the first time  earlier this fall, I realized that I had arrived at a point in my reading and comprehension that I finally understood what Virginia Woolf meant as she described Middlemarch as "...one of the few English novels written for grown-up people."

Complete Poems of Emily Dickinson--My description of Dickinson and her work that I used in an earlier blog post (here) is still pretty much spot-on.  Emily Dickinson, the 'Belle of Amherst,' may have been quiet and even painfully shy, but there was a nuclear reactor's worth of power contained within this woman's genius that was able, through her brilliant use of a few simple joined and arranged words, to create a body of work of nearly 1,800 poems that perfectly pulsate and throb with the essence of Life.  As a companion to Dickinson's The Complete Poems, I highly recommend Helen Vendler's Dickinson: Selected Poems and Commentaries (2010), in which she showcases Dickinson's "...startling imagination and the ingenuity of her linguistic invention."  All I can say is that Dickinson's poetry has resonated and stayed with me my entire life!

The Return of the Native--As many of you know, I love the novels and poetry of Thomas Hardy, and one of my very favorite Hardy novels is The Return of the Native.  The novel contains more than a superficial nod to the great choric scenes of the Greek tragedies, as well as the gatherings of commoners like many of Shakespeare's dramas.  The novel's primary characters are locked together in a tale of passion, drama, pathos, and tragedy where, in typical Hardyan fashion, only Fate, Chance, and Irony exert any control whatsoever.  Like a moth is drawn to a flame, the reader is inexorably drawn into the tale, and recognizes with growing horror that full release can only be attained through reaching and experiencing the novel's shocking climax.  The lyrical descriptions of the environment, the role of the humans in it, and the interactions between the characters quite reminds me of the great modern American novelist, Cormac McCarthy (the next author on my list!).  The Return of the Native is Hardy's Naturalism at its finest; and becomes an almost poetic homage to the interaction of the human species with one another as well as with the Earth Mother herself.

Blood Meridian--This ain't an easy book to read.  This is an uber-violent novel that paints a picture of the west like something done by Hieronymus Bosch.  I think Harold Bloom got it exactly right when he said,

All I can tell you is that I have read this novel several times, and each time I find myself somewhat ensorcelled, and in an almost evil or grimly terrifying sort of way, as I turn the pages.  It may be the bildungsroman of 'The Kid' and his adventures, but there is absolutely nothing nostalgic or romantic about the American West that McCarthy paints in this novel.  Somehow though, I think this novel is incredibly important, and only Cormac McCarthy could have written it.

Cold Mountain--With this novel I have come full circle with my list and return to Homer, if you will.  I completely agree with the widely held opinion that Charles Frazier's Cold Mountain is the American Odyssey. This is an extraordinarily beautifully written novel that tells the story of Inman, a Confederate soldier, who is physically and psychologically worn out from the horrific combat of the American Civil War, and undertakes a trek back to his home in the Appalachian Mountains of western North Carolina.  Frazier's ability to connect the reader with Inman, the people he encounters, and the environment through which he travels is amazing, and it is accomplished through some of the most poetic and lyrical prose I've read in a long, long time.  Simply put, this is just a gorgeous novel to read, and it fully deserved the National Book Award for Fiction that it received in 1997.

Well, there it is.  My current list of my top-ten favorite works of literature, and why I chose them.  Have you read any, or all, of these books?  If so, what did you think of them?  Also, the bibliophile (and 'list-maker') in me is very interested in your top-ten list.  I'd love for you to leave me a comment with the list of your top-ten favorite great books.

Posted by Christopher at 1:47 PM