"At a Pause in a Country Dance" By Thomas Hardy 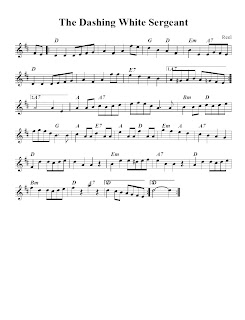 At a Pause in a Country Dance
(Middle of Last Century)

THEY stood at the foot of the figure,
And panted: they'd danced it down through--
That 'Dashing White Serjeant' they loved so:--
A window, uncurtained, was nigh them
That end of the room. Thence in view

Outside it a valley updrew,
Where the frozen moon lit frozen snow:
At the furthermost reach of the valley
A light from the window shone low.
'They are inside that window,' said she,

As she looked, 'They sit up there for me;
And baby is sleeping there, too.'
He glanced. 'Yes,' he said. 'Never mind,
Let's foot our way up again; do!
And dance down the line as before.

What's the world to us, meeting once more!'
'--Not much, when your husband full trusts you,
And thinks the child his that I bore!'
He was silent. The fiddlers six-eighted
With even more passionate vigour.

The pair swept again up the figure,
The child's cuckoo-father and she,
And the next couples threaded below,
And the twain wove their way to the top
Of 'The Dashing White Serjeant' they loved so,
Restarting: right, left, to and fro.

--From the homestead, seen yon, the small glow
Still adventured forth over the white,
Where the child still slept, unknowing who sired it,
In the cradle of wicker tucked tight,
And its grandparents, nodding, admired it
In elbow chairs through the slow night.

I love Thomas Hardy's poetry on so many levels, and this poem is just such a fine example.  First, Hardy is incredibly adept at portraying the 'country rustics'--the people--of his beloved Dorset; and, in fact, much of his fiction and poetry centers upon this part of southwestern England that he called "Wessex".  The people he writes about are fun-loving, earthy, and incredibly connected to the landscape around them--the farms and fields, the forests and orchards, the rolling hills, the villages and towns, and the streams and rivers.

Hardy, as many of you know, is a master story-teller; who absolutely excelled at his craft, and it doesn't matter if it is one of his poems, a short story, or one of his famous novels--Hardy can can tell a tale.  Hardy typically takes his reader to the heart of the matter--and it is generally an unbridled mix of passion and joy, sadness and grief, and sometimes even a touch of the macabre.  Somehow, Hardy was able to unerringly hone in on the fabric of Life and what it is that we like to think of as the 'total human experience'.  And it was in that dynamic between a man and a woman that Hardy truly found ever so much to write about.  I have to think that "At a Pause in a Country Dance" was spawned from the fond memories Hardy had of accompanying his father to country dances where they both played the fiddle for the dancers.  Perhaps there's even a remnant of some bit of idle gossip he heard whilst at one of these dances.  Who knows?  It is simply a wonderful example of the brilliant little poetic vignettes that Hardy was so fond of writing.

["At a Pause in a Country Dance" was published in a collection entitled Human Shows, Far Phantasies, Songs and Trifles in 1925, three years before Hardy's death in 1928]

Posted by Christopher at 3:12 PM

Email ThisBlogThis!Share to TwitterShare to FacebookShare to Pinterest
Labels: a poem for the day, At a Pause in a Country Dance, Hardy, poem, poetry, thomas hardy, Thomas Hardy poetry